lua
/
yui
mirror of https://gitea.it/1414codeforge/yui
Fork 0
Code Releases Activity
This is a read-only mirror of https://gitea.it/1414codeforge/yui. Please direct any pull-request, issue or discussion to the main repo.
gameslovegui
You can not select more than 25 topics Topics must start with a letter or number, can include dashes ('-') and can be up to 35 characters long.
37 Commits
1 Branch
0 Tags
105 KiB
Lua 100%
Branch: master
master
Branches Tags
${ item.name }
Create tag ${ searchTerm }
Create branch ${ searchTerm }
from 'master'
${ noResults }

Yui - Yet another User Interface, is a library to create menu-like GUIs for the LÖVE engine.

Because I'm spending so much time tweaking and customizing existing libraries, I might as well make my own. 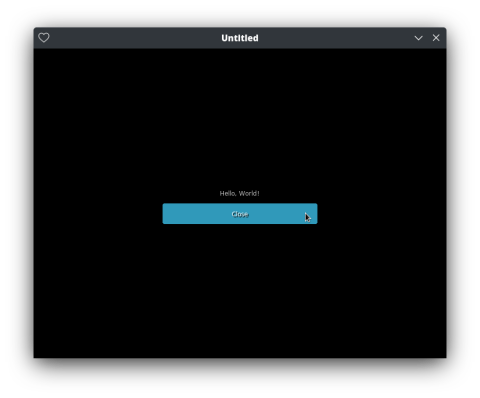 Yui does have some downsides:

You may either download each of them manually and place them inside a lib subdirectory, or use crush to do the work for you.

You should now see a lib subdirectory containing the necessary dependencies.

Code is documented with LDoc.

Documentation may be generated running the command:

ldoc generates a doc directory, open doc/index.html with your favorite browser to read the documentation.

The source code is also (IMHO) sufficiently straightforward and disciplined to have a decent overview of the functionality.

Examples are available at: https://gitea.it/1414codeforge/yui-examples

Portions of this library's widget rendering code are taken from the Simple User Interface Toolkit (SUIT) for LÖVE by Matthias Richter.

SUIT's source code is available at: vrld/SUIT. SUIT is licensed under the MIT license.

Widgets offered by yui and basic theme are also mostly taken from SUIT.